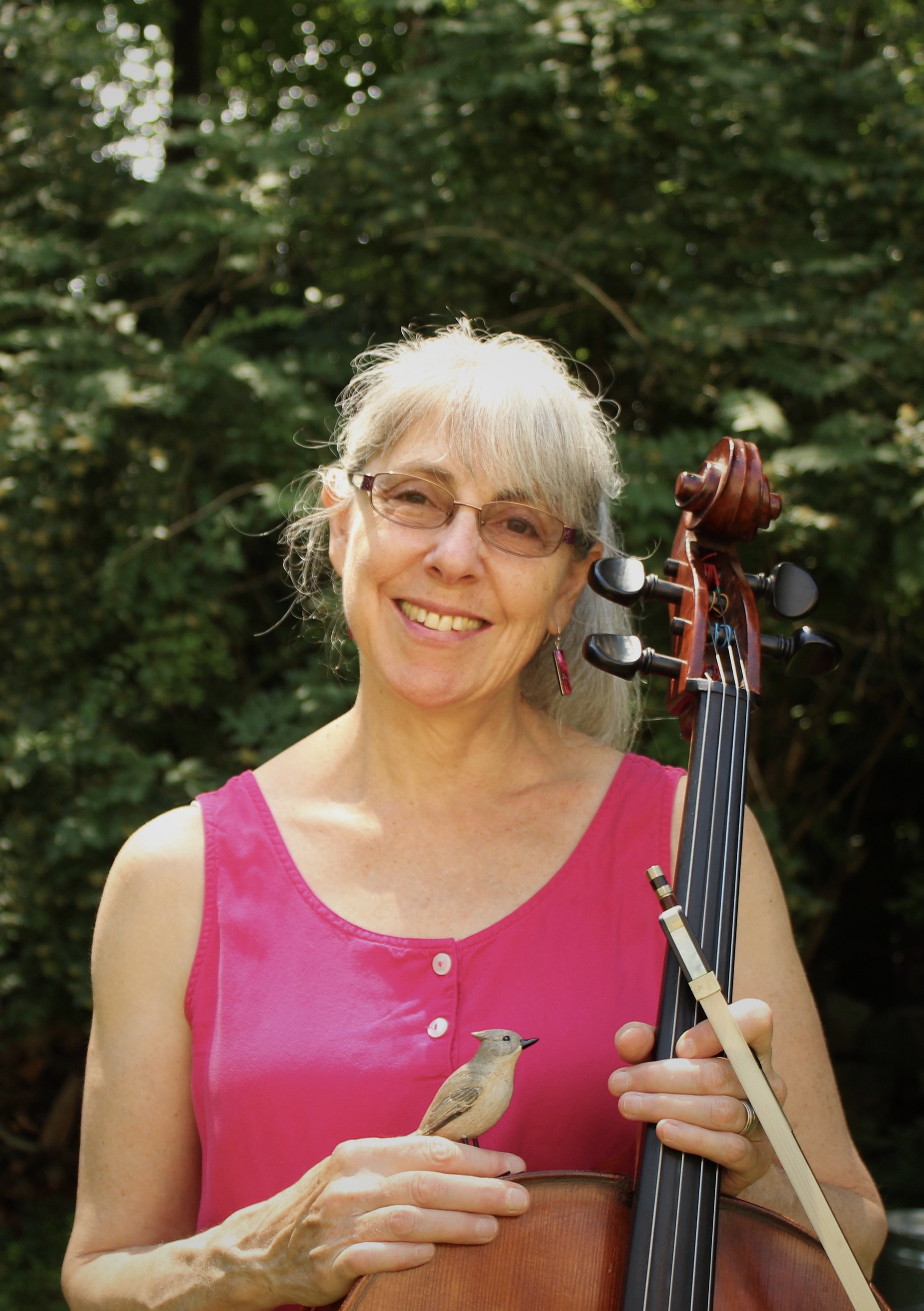 Photo by Rachel Caldwell-Glixon
Judith Glixon received her B.Mus. degree from Hartt School of Music in Connecticut. She studied there with Paul Olefsky and David Wells, and with Aldo Parisot at the Yale School of Music. Her coaches in cello and chamber music have included Carter Brey, Norman Paulu (of the Pro Arte Quartet), members of the Emerson String Quartet, and Phoebe Carrai (Baroque cello).
Ms. Glixon’s musical career includes extensive solo, chamber, and symphonic performances in New York, North Carolina, Arizona, and New England. In North Carolina, Ms. Glixon was guest soloist with several orchestras, performing concertos by Walton, Saint-Saens, Haydn, and Beethoven (the Triple), and was principal cellist with the Asheville Symphony and the Brevard Chamber Orchestra. In Arizona, she played regularly with the Tucson Symphony Orchestra.
In Massachusetts, Glixon was a founding member of New Piano Quartet (in residence at the New School of Music in Cambridge for five years), and has worked with the Boston Ballet, Springfield Symphony, Boston Modern Orchestra Project, Handel & Haydn Society, Lexington Symphony, and Pro Arte Chamber Orchestra. She is a founding member of Pernambuco, a small chamber group whose mission is to raise funds for local organizations.
In addition, Glixon is a psychotherapist, and is dedicating much of this current chapter of her life to climate change activism, including having initiated two three-day, solo fundraising walks for climate change mitigation, raising over $16,000. Judith lives in Lexington, MA, with her husband and daughter.